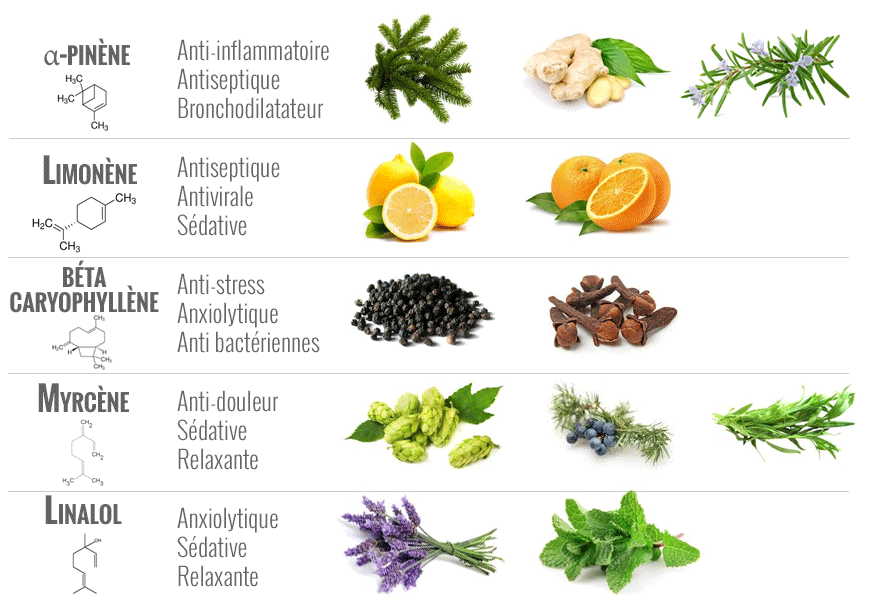 You’re probably familiar with solvents and botanical oils at this point, but what about terpenes? What are these compounds and how do they influence the body and how you can implement them into life. These substances are the building blocks for essential oils and plant raisins, and are often used in food additives, perfumery and aromatherapy. Some are even thought to have medicinal properties and help in fighting bacteria, fungus and environmental stress. Plants like rosemary, mint or basil have a strong terpene profile, and this is why they’re referred to as aromatic plants. BCP (beta-caryophyllene) for example is a terpene found in plants BCP is known to activate the CB2 receptor in the endocannabinoid system and to exert anti-inflammatory effects. It’s non-psychoactive, and is the first FDA approved dietary cannabinoid, being used as food additive. Vitamin A is also a terpene, although we don’t generally think of it this way. Conifers produce large amounts of these compounds, and most plants produce higher quantities of terpenes in the warmer seasons.

Alpha-pinene for example is one of the most known terpenes found in sage and rosemary. It is known to act as a natural bronchodilator and expectorant and to help one focus better. It increases the mental energy and can even act as a topical antiseptic.

Limonene, another terpene, found in citrus fruits, juniper and peppermint, and has anti-fungal, anti-bacterial and anti-depressant effects. Moreover, it is suggested that this compound exerts anti-carcinogenic properties, and is known to increase blood pressure.

Myrcene is found in menthol, lemon grass, and is widely used in the perfumery industry. Just like the previously mentioned compounds, it has anti-microbial and anti-septic properties, and acts as a natural anti-depressant, anti-carcinogen and anti-inflammatory agent. It’s a relaxing substance and it increases the cell membrane permeability, allowing other important compounds to travel to the brain.

ALL BACKORDERS on Pure322 organic solvent will ship within 3-5 weeks. Dismiss